Founder and Advisor of BBK Wealth

Are you ready for a bit of MAGIC? 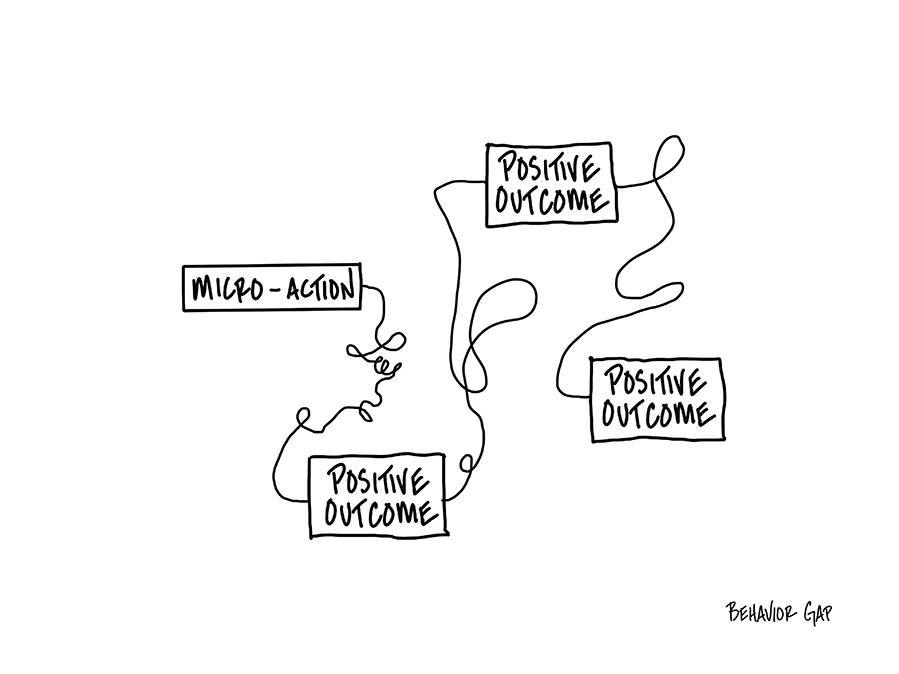 Let me give you an example.

When I travel, I often don’t feel like exercising. But I know I’ll feel way better if I do. So you know what I do when I get up in the morning? I don’t commit to a program to lose twelve pounds in twelve days or promise myself to run for forty minutes. I just put on my gym clothes.

And then, since my gym clothes are on, I walk to the gym.

What happens next is what almost always happens when I step into a gym: I see the bikes and think, “I bet it will feel good to get on one of those for a few minutes.”

I exercise, I stretch, and then I decide to eat a healthy breakfast instead of sugary garbage since I’m on a roll.

Later at work, I’m extra productive since my body feels great. Etc, etc. See what I mean about contagious?

Turns out, micro-actions are almost always more effective than grand gestures. There’s a reason so many New Year’s Resolutions fail. The problem isn’t the goals, it’s the way we go about trying to tackle them. We try to go big and burn out, forgetting that “slow and steady wins the race.”

If I had woken up and said to myself, “OK, today, you are going to exercise for an hour, eat a healthy breakfast, and get a ton of work done,” that would have felt awfully daunting. Maybe I would’ve shrunk in fear from such a hard day and never set foot in the gym at all.

But I didn’t do that. I took a micro-action instead, and that’s why I was successful.

The magic here is in breaking down big, hard, sometimes even scary goals into attainable pieces. “What’s the next smallest thing I can do?” That’s the question you’re trying to answer. Start there, and let the contagious magic of micro-actions do the rest.

Got any personal micro-actions that get you going? Hit “reply” and let me know!

Need some time to talk?  We’re here for you!